THE FUCS
Revolutionary peace punk pranksters The Fugs reunite (or reincarnate) for one life only. Eddy Crouse plays guitar and sings, Eric D. Watts plays drums and sings, Jesse Malmed plays Tuli Kupferberg. Formed on the occasion of Work for the People (or Forget about Fred Hampton), an exhibition on the legacy of 1968 at Co-Prosperity Sphere, August, 2018. 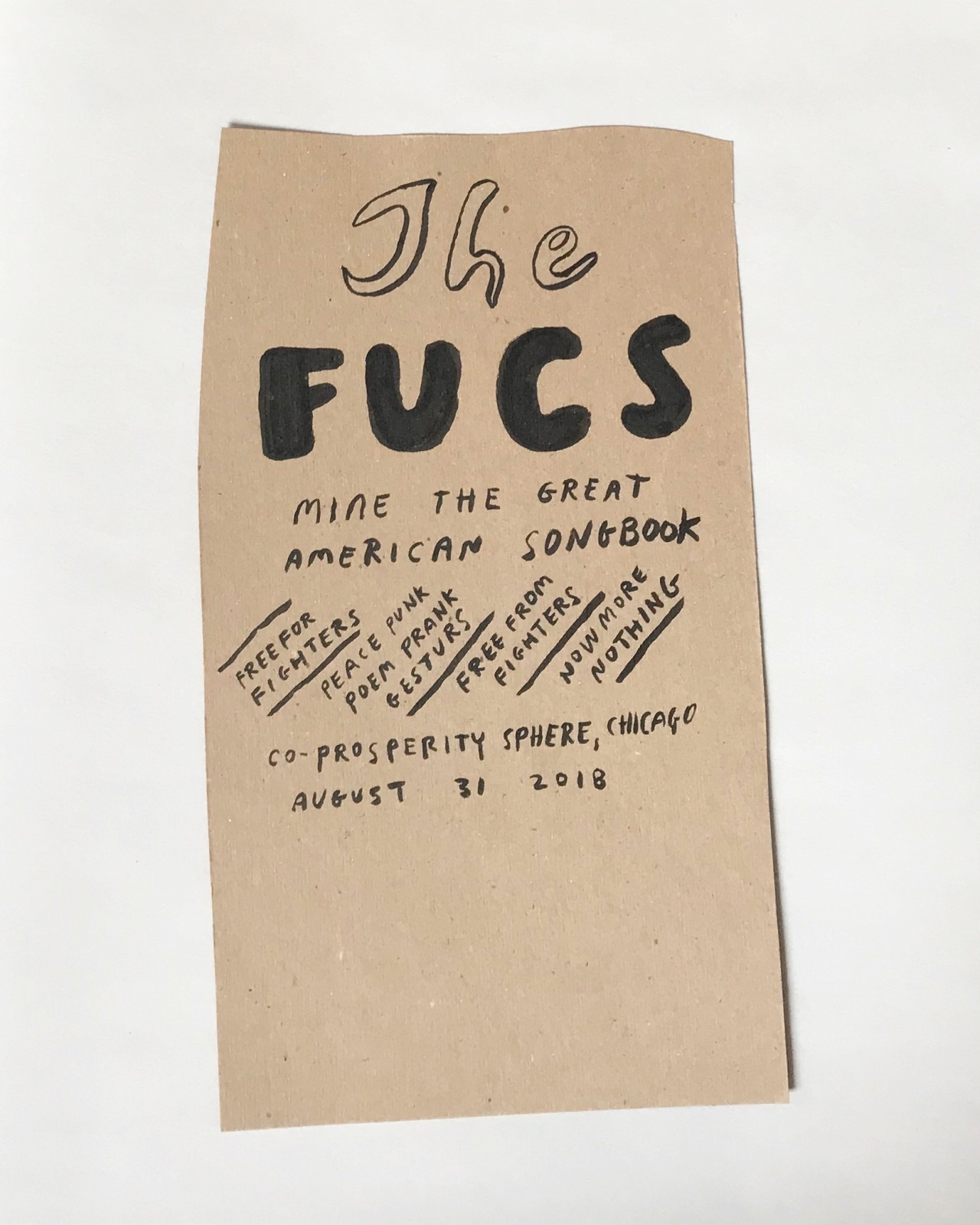 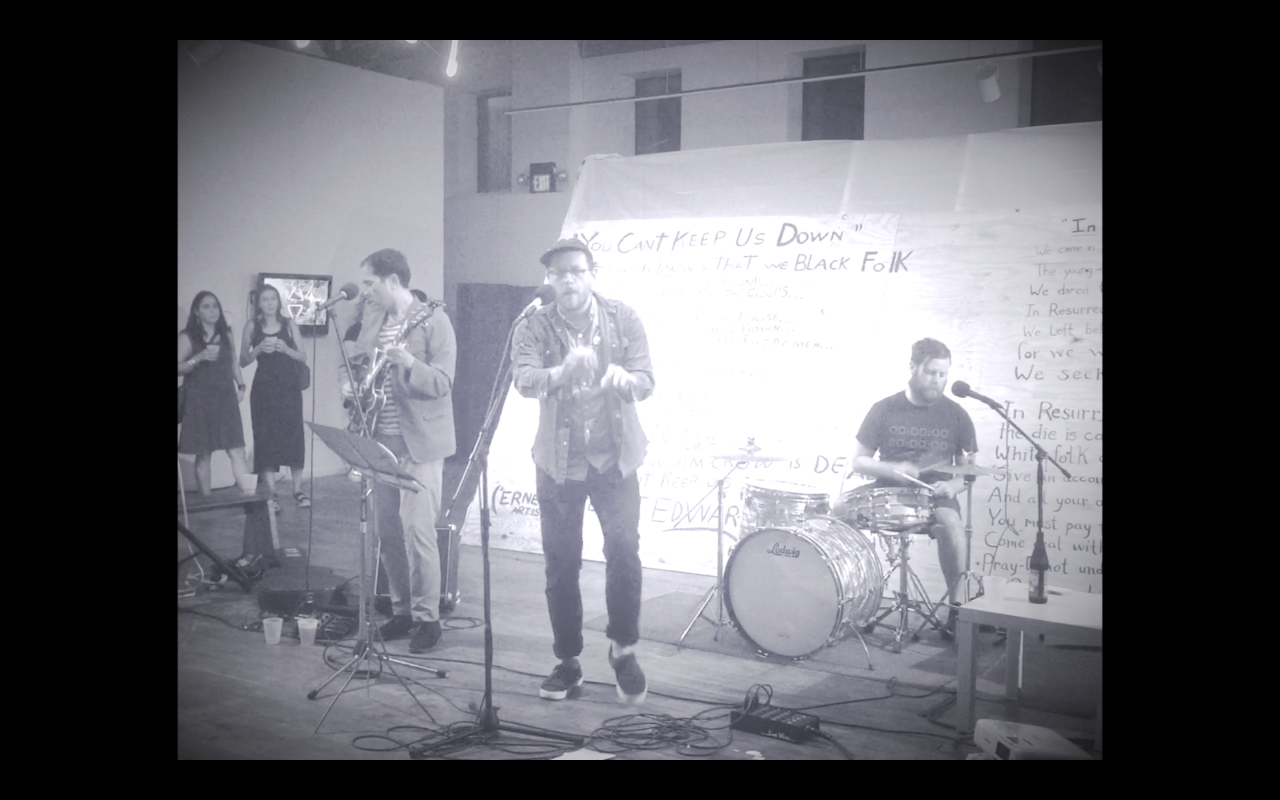 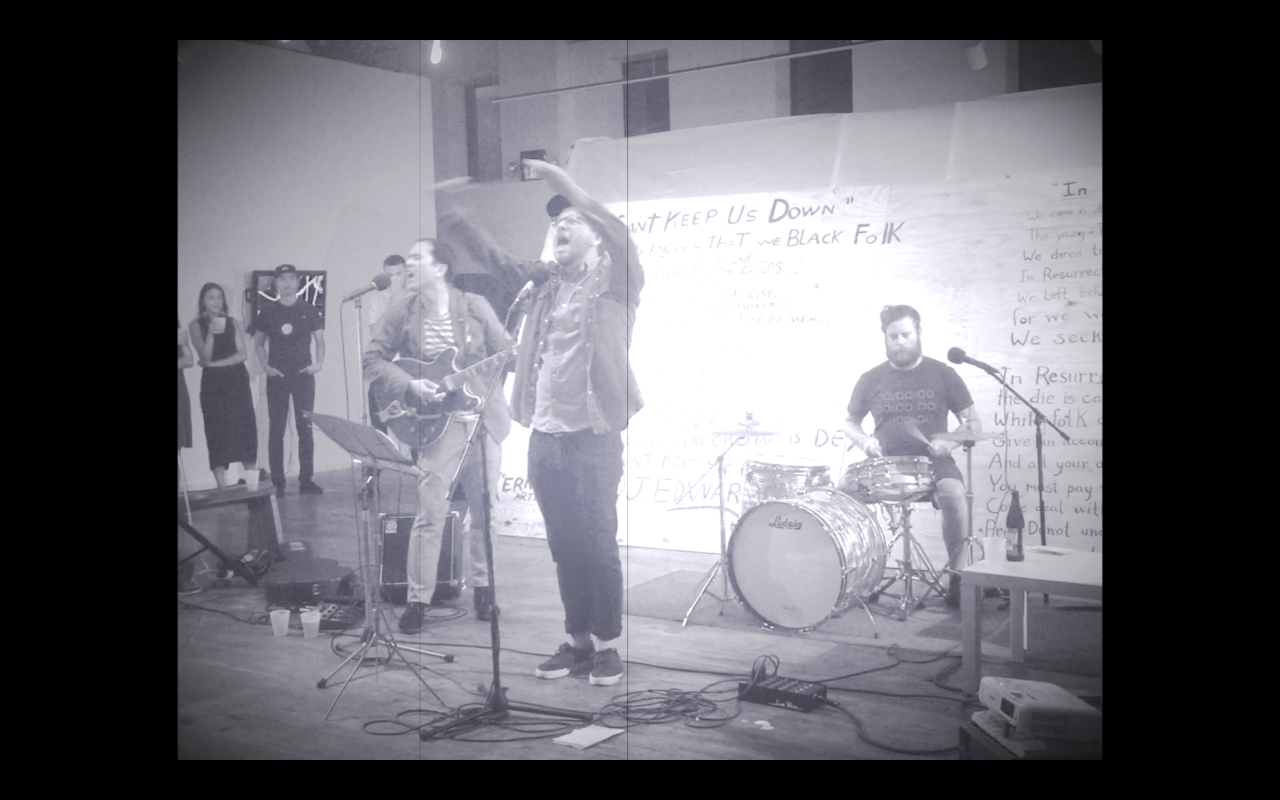 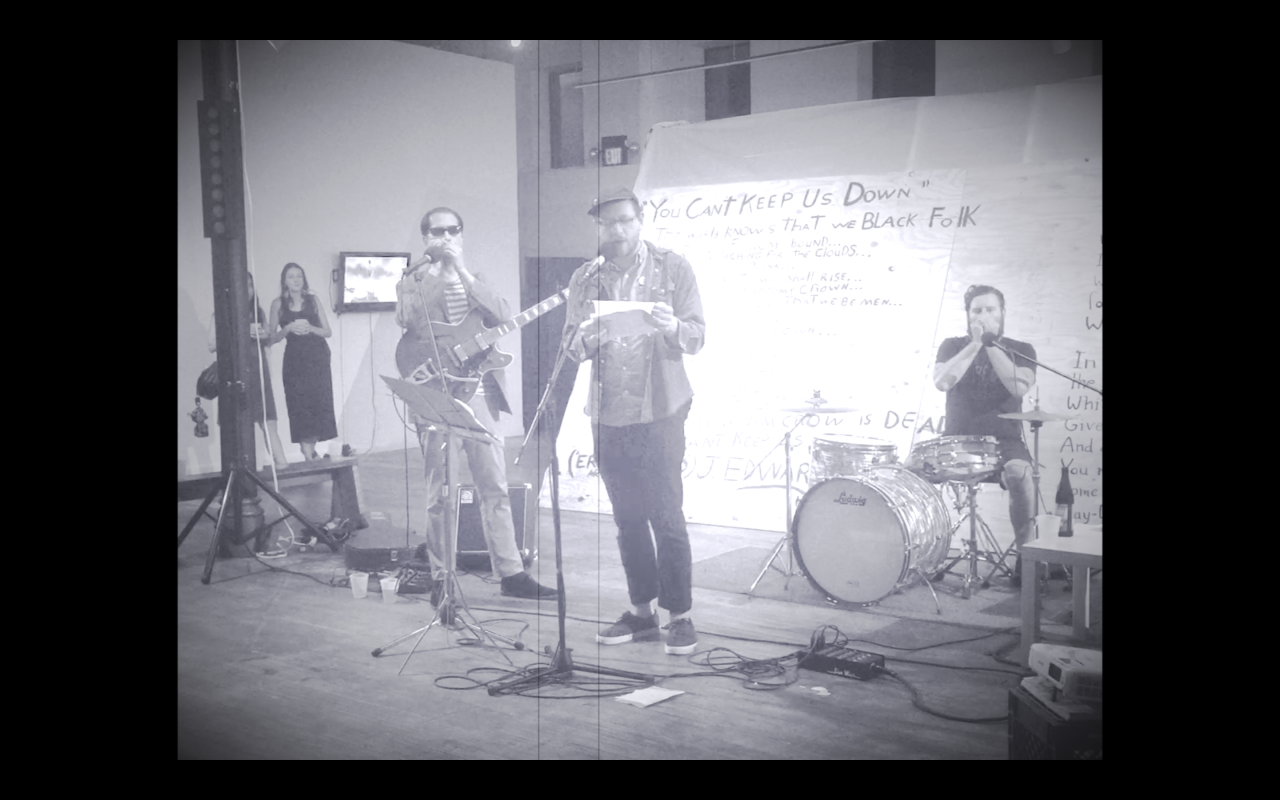 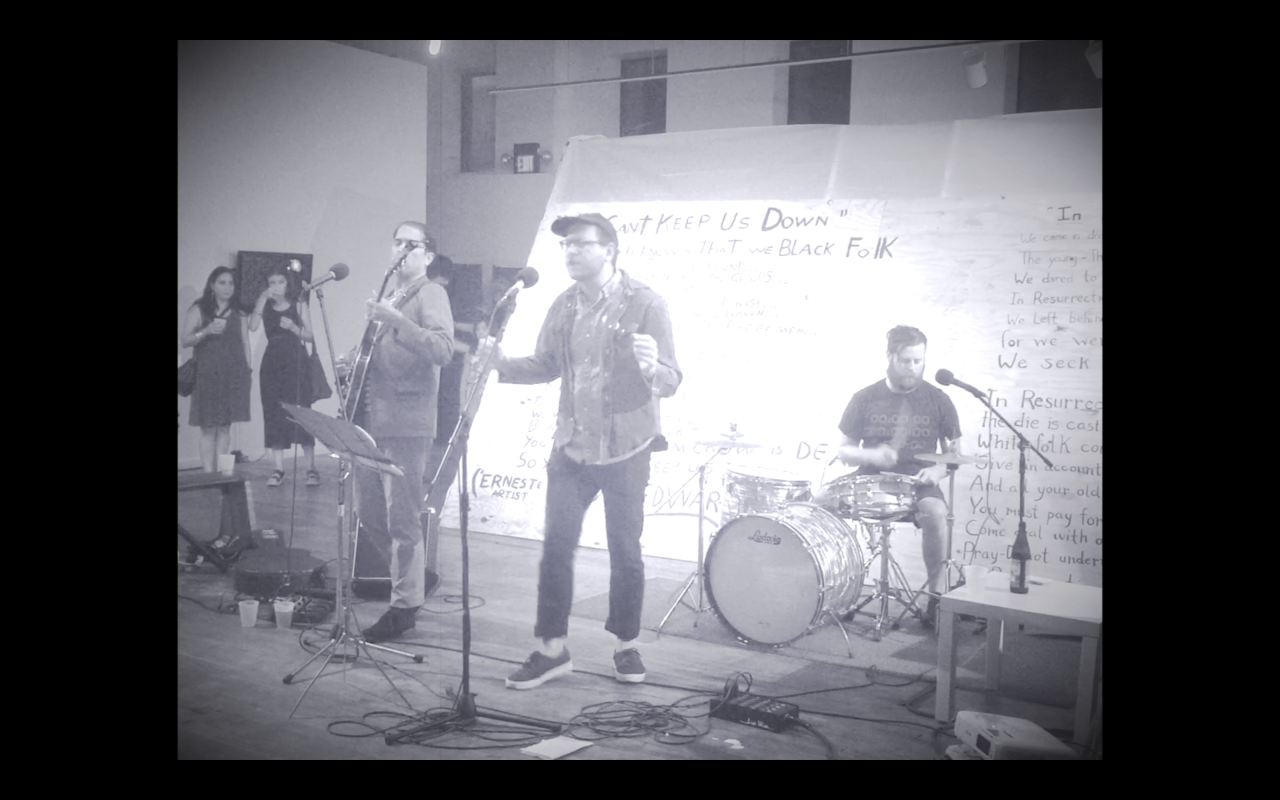 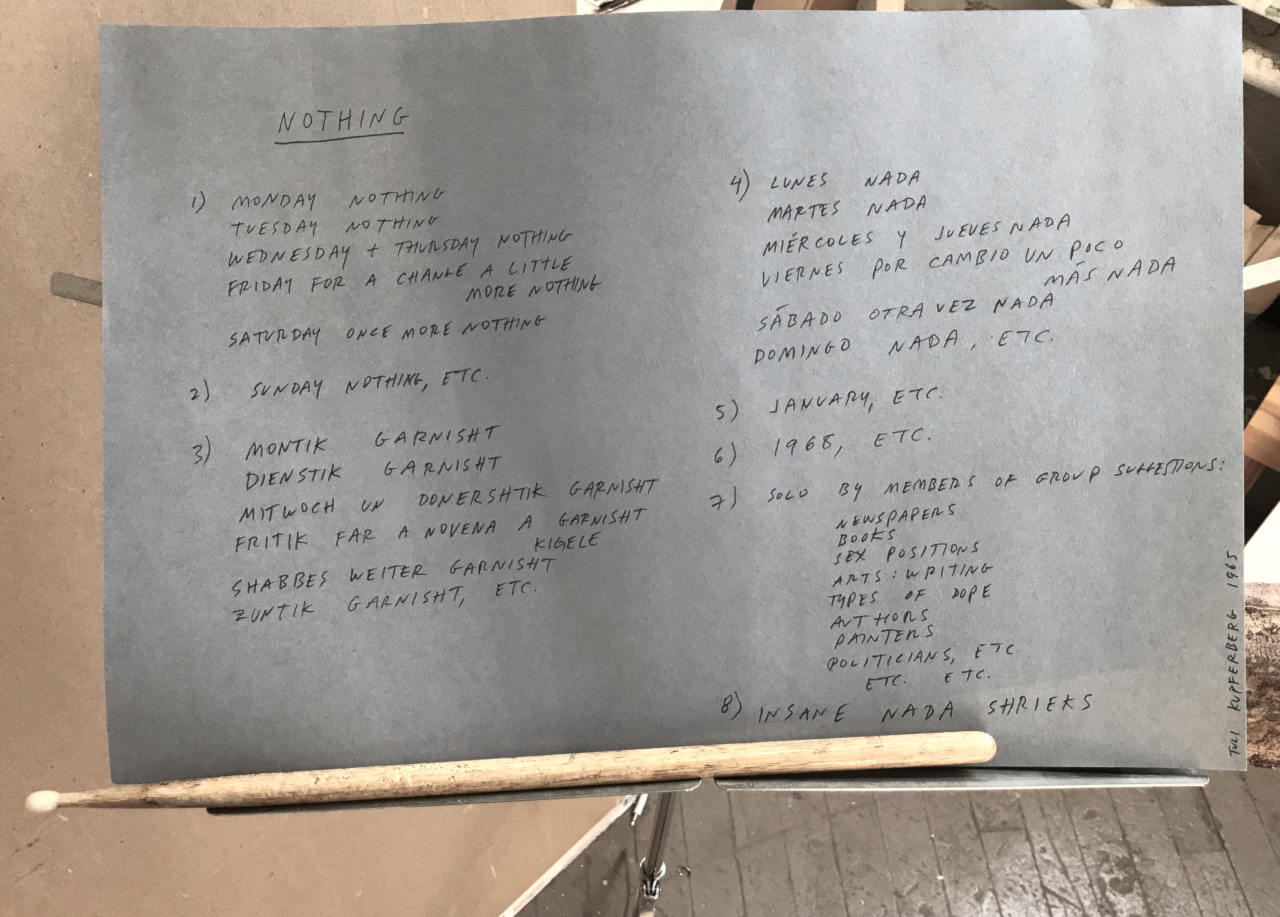