As part of the 24-hour(!) 2ND FLOOR REAR Festival of alternative and itinerant spaces: an exhibition with 5 new videos/installations and (at 1 AM) a performance.

Evolving forms, normal jokes for weirdos, inside out sounds and all the while language is becoming: a show in a home featuring 2 laptops, an installation (look for the wall on the wall), two new projections and a performance at 1:00 AM. Works include New Camera, a field recording from the screen world of records; FLICK/E/R FILM, a low-tech animation implicating Tony Conrad, splash pages, Yahoo! images and the listserv it might be best suited to; and a suite of wonky trailers. At 1:00 AM, Jesse presents (with your help) Selections from the Body Electronic, an evolving video-based performance rife with conceptually rich video L=A=N=G=U=A=G=E poetics, process-intensive bi-fidelity abstractedelia and the participatory CONVERSATIONAL KARAOKE!! (in which audience members perform dizzying, strange and incisive texts of the artist’s design).

+ DELIVER (2012)
(a projection of a brick wall onto a white wall with a microphone masquerading as a speaker delivering laughs, cricket sounds, applause and boos)

+ a performance at 1 AM of SELECTIONS FROM THE BODY ELECTRONIC / CONVERSATIONAL KARAOKE!! 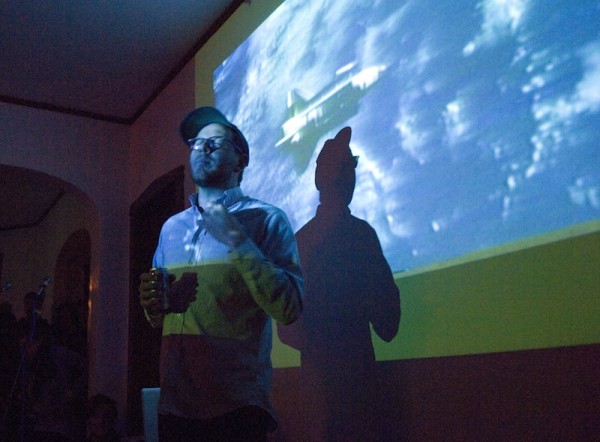 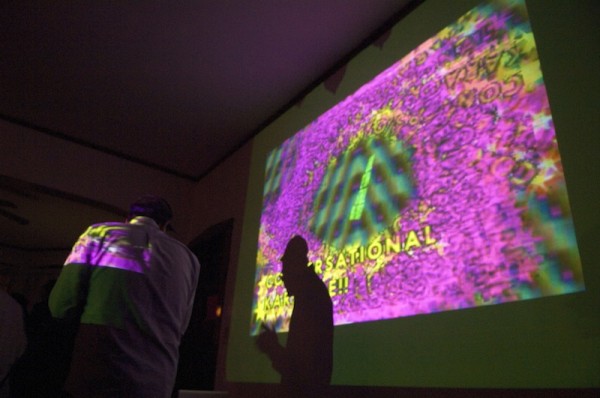