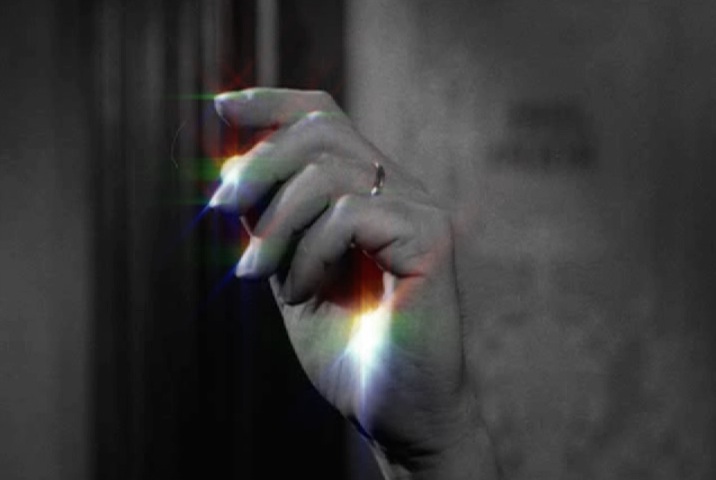 an art event curated around the notion of:
Palimpsests

then,
a video program:

DEEP LEAP MICROCINEMA is a new curatorial project devoted to pairing thematically-related film/video programs with cogent, interdisciplinary performance, reading, music and lecture. This monthly art event focuses on the efforts and works of emerging and innovative artists working within the realms of experimental film, video art and new media art. Each program is shaped around a theme with appropriate and elucidating musicians, performers and lecturers.

A palimpsest, in its most literal and historical form, is a manuscript whose original content has been obscured--sometimes first through erasure--by a new inscription. This reuse was of necessity: a scarcity of writing material and the obsolescence of the original text. In its more contemporary usage, the notion of the palimpsest is used by such disparate disciplines as glaciology, historiography and planetary astronomy. Here, we are primarily concerned with its use as a metaphor for better comprehending the interplay of memory and experience, our contemporary conceptions of appropriation, intellectual property and sourcing, and the interplay of the underwriting, overwriting and space between that these artists have forged.

The very essence of the palimpsest involves a re-writing or writing-through. What is different about these works—and others whose practice or form is consciously palimpsestic—is that the source material is not, as it was historically, to be forgotten or thrown away. Rather, these underwritings are typically chosen for their unique characteristics and the artist’s inscription is a conscious reflection thereof. Yoshi Sodeoka’s “Shadowplay” by Joy Division, Reanimated is a live video of the seminal post-punk band reanimated to fit the topographic style of their Peter Saville-designed Unknown Pleasures album cover. The phrase from Billy Preston’s song of the same name that Benjamin Schultz-Figueroa’s sly video degradation employs seems to beg literalization from our media-saturated/“user”-controlled environment. Similarly, the consumer-grade effect Martijn Hendriks utilizes to transform Sydney Lumet’s classic film into 12 Glowing Men reveals a hinge scene on the hottest day of the diegesis and the human machinations our own judicial system in a new light. My own L’Bandit Art employs the poetic process of transliterative translation (an intentional mishearing) to create new subtitles to a scene from Jean-Luc Godard’s Bande à part. Andrew Filippone Jr’s “Charlie Rose” by Samuel Beckett is an absurdist re-editing of Rose interviewing himself that functions self-reflexively but also, as the title suggest, it presents a writing-through of the character and tenor of Charlie Rose by the character and tenor of Samuel Beckett.

Perhaps the most disquieting origin text is the anonymous couple in Antoine Catala’s datamosh portrait: their form and movement provide the means on which their coming abstraction relies. To the best of my knowledge, the only “found” footage that was stumbled upon rather than sought out appears in Jordan Stone’s Terminal. The source material was quite literally found in an abandoned factory in the Hudson Valley and brought back to life in a Frankensteinian form whose monstrous, pulsating body bears the digital and analog scarring of severe chemical processes, optical printing and computer manipulation. The witty new media and internet prankster art of Joel Holmberg has a handmade and performative quality to it that allows one-off pieces to function somewhere between well-crafted and sealed concepts and sketches. Finally, Matt McCormick’s piece is more about palimpsests than a palimpsest itself. Indeed the works discussed (and introduced) in his video take their very form from previous inscriptions. They serve to annihilate the original works and to replace them with blankness. They represent, in a strange way, what must be the intermediary stage in those manuscript palimpsests from which these notions are drawn: an erasure in preparation for re-use that cannot help but contain ghosts of inscriptions past.

The performances, both specially-commissioned in keeping with the theme, take as their source materials the music of friends and collaborators. Michael Rae’s intermittent project Banjo Performs Keyboard is based upon the music of Keyboard, an already palimpsestic project that Noah Devore, Rae’s partner in The Big Boo, Christmas the Band, etc, has been performing and recording under for several years. Jeffrey Brodsky’s piece is a reimagining of his Powernap bandmate Jonah Adels’ bedroom album Songs From Our Nuclear Winter.

BIOS:
Michael Rae is a visual artist and musician originally from Santa Fe and has recently completed his BA at Lewis & Clark. His Southwestern Gothic troupe Dallas County Potential performs regularly in and at basements, barbecues and venues alike.

Jeffrey Brodsky is a producer, percussionist and performer. In addition to Jeffrey Jerusalem—recently crowned the “post-modern prince of Portland electro-pop” by the Willamette Week—Jeffrey’s projects include Lasercave’s Inside Voices and a series of remixes.

Yoshi Sodeoka has shown work globally at such institutions as Deitch Projects, the Tate and SFMOMA. He lives in New York.

Antoine Catala, a French-born, New York-based artist has recently shown at PICA’s TBA in Portland and the Mattress Gallery in Pittsburgh.

Joel Holmberg is a Los Angeles-based artist and a co-founder of the Nasty Nets surf club.

Martijn Hendriks lives in Amsterdam. His multidisciplinary work has been shown in contexts like the Venice Biennale and Capricious Space in New York.

Jordan Stone, who received his BA from Bard College, is hard at work on his MFA at SVA in Photography, Video & Related Media. In addition to his visual work, Jordan’s scores have appeared in several of Messhof’s art video games.

Benjamin Schultz-Figueroa is a curator, video artist and student, currently at work on his Master’s at the New School for Social Research in Media Studies.

Andrew Filippone Jr. is a New York City-based filmmaker. He earns his living making “practical films” though as a living maker tends toward experimental and documentary forms.

Jesse Malmed is an independent curator and artist working in video, new media, installation and text.

Matt McCormick is in post-production on his first feature, Some Days Are Better Than Others, starring James Mercer and Carrie Brownstein. Additionally, he is the founder of both Peripheral Produce and PDX Film Fest.