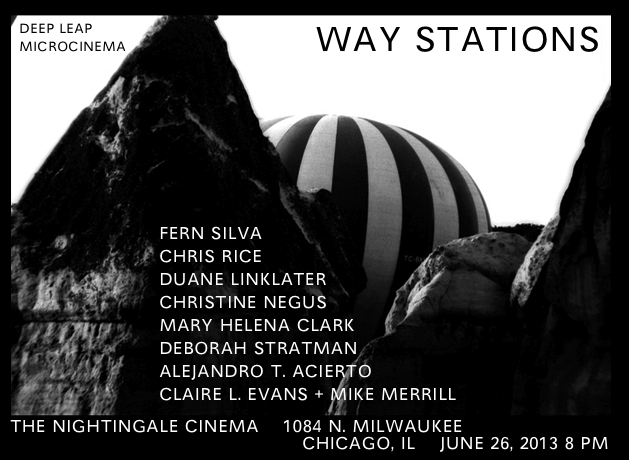 A program for, of and by the pore-explorers seeking what’s between the seen and what meaning can be gleaned from the synaptic. Sites of transition and transposition reveal that the heat is often in the imaginative distance between the nameable. These artists—whose work has shown cumulatively in contexts like the Whitney Biennial, Documenta, Rotterdam and the Deep Leap Microcinema—each evince a fascination with these nether spaces that is distinct in its method and aims, but work together and apart as friendly bedfellows. The hope is that the spaces between the works—the small ways large files bristle up against each other in the darkness of the cinema—open up the meanings and feelings of their borders.

ARTIST BIOGRAPHIES
Chris Rice lives in New York where he recently co-curated the CKTV program with Cleopatra’s which just ended runs at BAM and the Shanghai Biennial.

Fern Silva splits his time between New York, Chicago and the world. A voracious traveler, he takes inspiration and images from the far reaches of a globe only sometimes aware of its ization.

Claire L. Evans lives in Los Angeles where she co-fronts the band/business/belief system YACHT. Mike Merrill is a publicly-traded person living in Portland. He was the subject of a recent feature in The Atlantic among other publications.

Deborah Stratman lives in Chicago. She is the subject of a mid-career retrospective at MoMA from June 21st-30th.

Alejandro T. Acierto works through technologies like the human body, voice, clarinet, computer, cables, wires, light, shadows, paper bags, tape and the like in Chicago (where he lives) and the rest of the world (when he visits).

Christine Negus lives in the other London (Ontario) where she makes sad/happy, ironic/hopeful glittery party banners, neon signs, videos, t-shirts and the like.

Duane Linklater is Omaskêko Cree from Northern Ontario, where he still lives. His recent collaborative film project with Brian Jungen, Modest Livelihood, was presented at The Banff Centre in collaboration with dOCUMENTA (13) before traveling to the Logan Center at the University of Chicago.

Clint Enns lives in Toronto where he is completing a second Master’s, this time in Cinema and Media Studies. The first was in Mathematics. His thesis was titled “Pure embeddings and pure-injectivity for topological modules,” which may also be a great way to describe his art.

Mary Helena Clark lives in Oakland. Her works have shown most everywhere and her ghost haunts Chicago. Maybe Baltimore too. 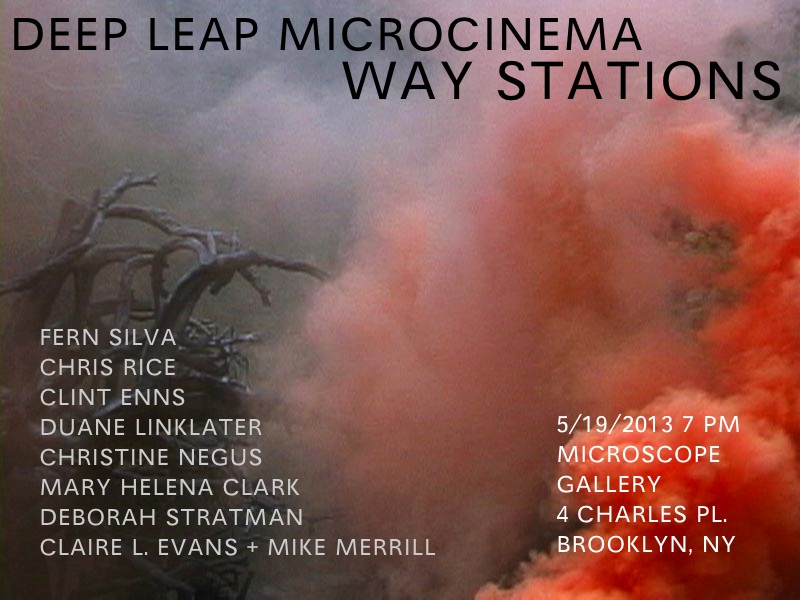