"For the past eight months, I've been instigating Western Pole, a platformist space on Western Avenue. Most weeks, I post an artist-made 8.5" x 11" —sometimes monochromatic, sometimes colorful— on a telephone pole on Chicago's longest street. The project is intentionally casual: I've barely talked about it and have avoided using email or other markers of even the most basic professionalism in my communication with the artists as I've been quietly posting (and then posting—westernpole.tumblr.com) these works. I've also taken over other sites, briefly, with more to follow.

POST YES BILLS is a not so distant cousin. Borrowing and inverting the typical POST NO BILLS intonation, POST YES BILLS takes the form of painted plywood alongside the exterior wall of the gallery. Two 8' x 4' plywood panels, brusquely painted a single color with a similarly rough stencil stating the piece's title, the work acts as a participatory mural, an exhibition invitation and a demarcation of permission. We'll have a stapler and tape at the opening and other select times, but otherwise it's a BYOS/T situation."
–Jesse Malmed 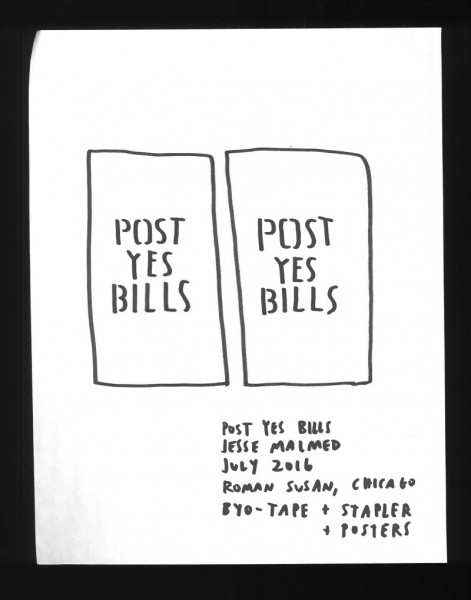 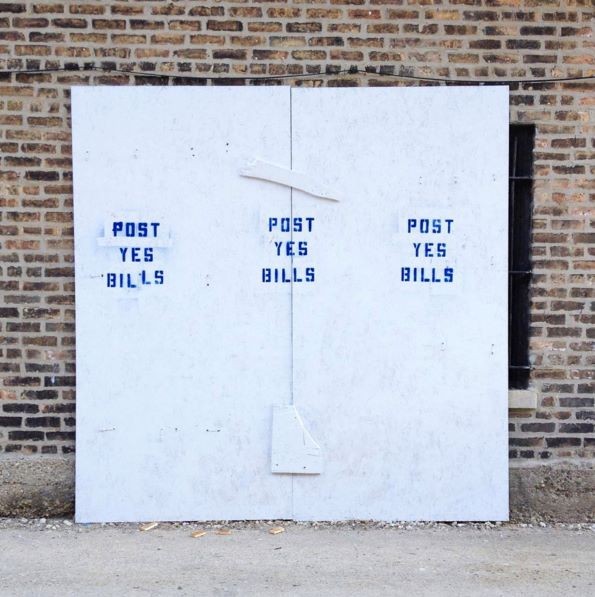 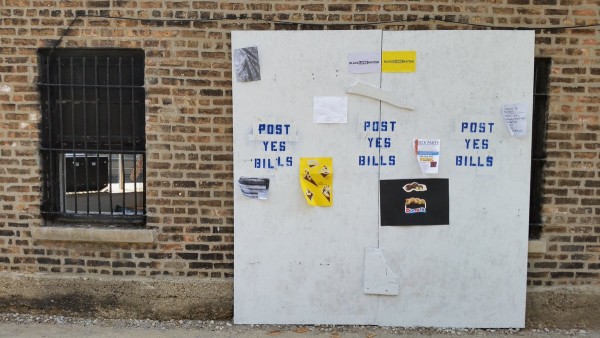 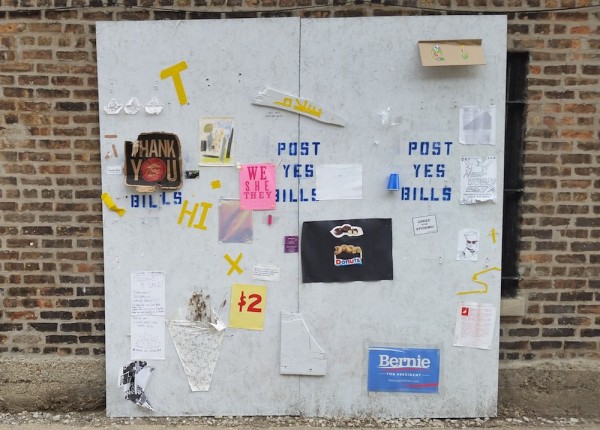