“Broadcasting” from Room 2170 at the Chicago Hilton during CAA, WACH (pronounced watch) is an exhibition of artist-made videos and films. Stored on a media player and connected to the hotel television, WACH offers viewers/stayers/arters the radically limited television option of ON and OFF.

Since 2014, WACH has brought its viewers the highest quality moving image works invested in notions of travel, transitory spaces, temporary place-making and the politics and poetics surrounding them! Entrenched in and entranced by the site-specificity of the television, many of our top programs are about the place they live. Works are drawn from the vast history and present of artists whose works are engaged in the idea of broadcast as well as those with an interest in itinerance. 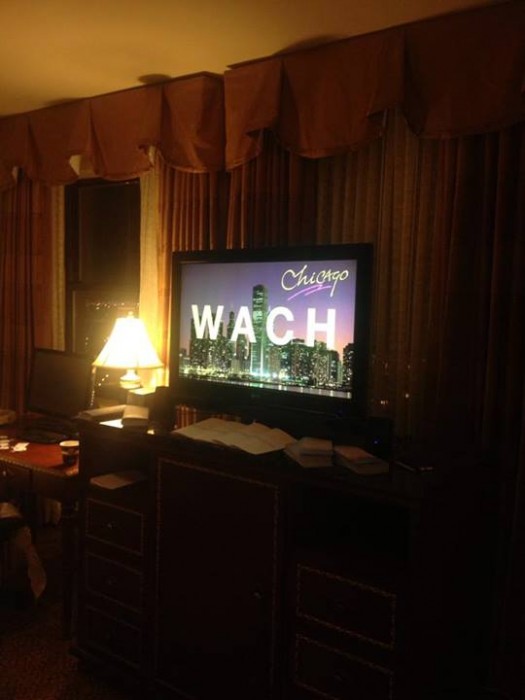 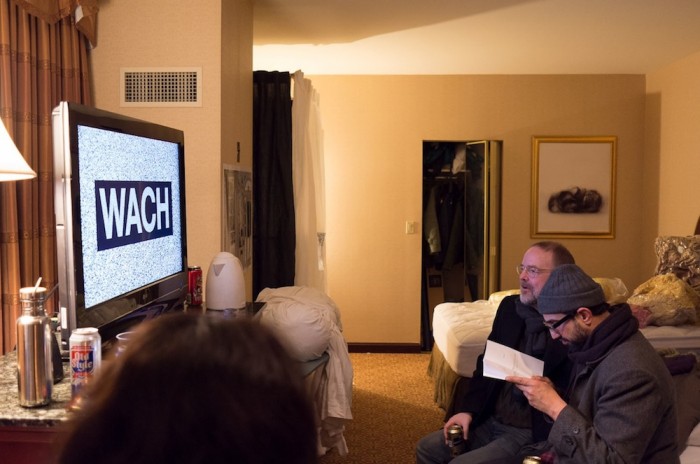 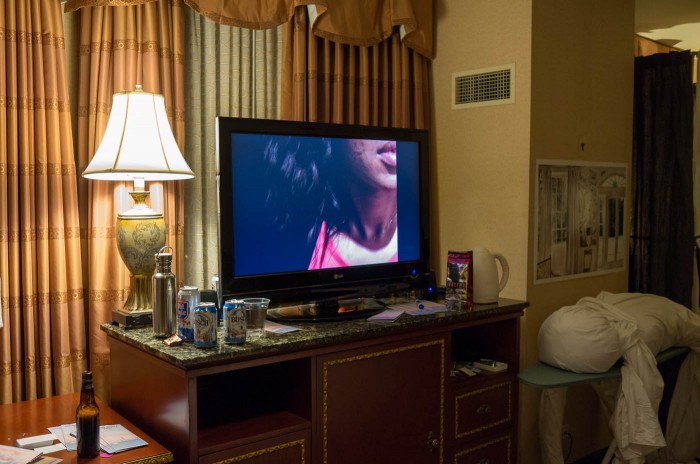